Is it time to join Israel’s growing fintech scene?

Israel’s fintech sector is booming; last year it received record equity investment, ranking it fifth in the world for global investment in fintech. Not bad for a country with a population of just over nine million.

For fintech businesses – or those developing SaaS products for a fintech audience – now is the time to be considering the benefits of localizing for an Israeli audience.

In this article, we look at how the sector is growing, help you decide if it’s the right market for your business and offer some top tips on localizing for an Israeli audience.

To put it simply – Israel is a small country that is punching well above its weight in this sector.

Israel has long been recognised for its entrepreneurial nature. Often referred to as the ‘Startup Nation’, it boasts the largest number of startups per capita in the world (about one for every 1,400 people).

And now, a new report by Start-Up Nation Central (SNC) exploring the growth of Israel’s fintech sector has revealed a picture of a flourishing fintech economy. It found that:

As well as a heap of investment, Israel is also attracting a host of major global banks. There’s a trend for banks using Tel Aviv as a base for fintech innovation labs, with Citi, Barclays and Santander all in on the act.

Why are funders attracted to Israel?

The country has a strong association with fraud and data analytics and is widely recognized for its expertise in artificial intelligence projects. Many of Israel’s successful fintechs have excelled at combining these specialisms alongside finance.

Beyond this, there’s a trend for emerging startups to think beyond the B2B space and find solutions for a consumer audience.

And, rather than being hindered by its size, Israel seems to be adept at using this to its advantage. This is a country that has always had to look internationally for expansion, so it’s second nature for Israeli startups to move into new global markets.

What to consider when localizing your product for Israel

The country’s official language is Hebrew, which is spoken by most Israelis to a high standard. While English is also widely spoken, and many Arabic citizens speak Arabic, the language predominantly used in day-to-day life is Hebrew.

Hebrew is a right-to-left language, which means that the direction of the text is read from the right side to the left.

From a localization perspective, however, it’s not quite as simple as that. Hebrew is also a BiDi language; short for bidirectional, this means that the script is predominantly read right to left but has certain elements that are read left to right.

Translating your product into Hebrew will therefore throw up some new challenges – you’ll need to consider special characters, icons, dates and aspects of the design to integrate it effectively.

Read our guide to localizing for right-to-left languages for further advice.

The Israeli culture is to talk directly and assertively – so much so that their attitude even has its own word, “dugriut”, which refers to a forthright and unapologetic directness in communicating. Non-Israeli’s can sometimes interpret this attitude as being blunt or rude, although this is rarely the intention.

Developing an understanding and awareness of these cultural differences within everyday language is advisable, especially if your business will offer customer service support.

Also be aware that the Israeli working week is typically Sunday to Friday, although many shops and services close early Friday afternoon in preparation for Shabbat.

Shabbat is an integral part of life for the Orthodox Jewish community. It starts at sunset on Friday and continues until sunset on Saturday, and is considered to be a day of rest, during which time digital devices are usually restricted. Avoid any major marketing drives during this time and show respect for Shabbat.

Any business that is keen to prosper within Israel’s thriving fintech scene will need to take care to observe these significant religious and cultural differences. Approach your localization strategy with respect and you should uncover a wealth of new business opportunities.

PrevPreviousThe Cyrillic script: What you need to know before you start localization
NextThe unusual Christmas traditions that can help your marketingNext 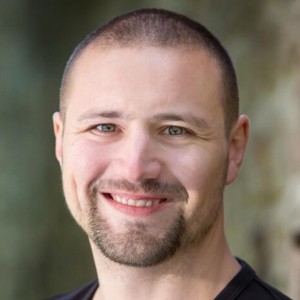 Weekly Internationalization, Localization and Translation insights straight to your inbox